When will we see the sun rises again? Brazil – Processed Food Market

When will we see the sun rises again? Brazil – Processed Food Market 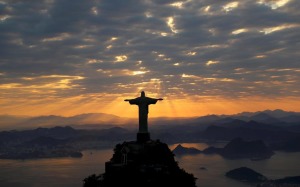 There is no free lunch, neither simple solution to a complex problem.

During my visit to FISPAL Technology Exhibition in SÐo Paulo at the end of June, what caught my attention was a big change of the event focus. This traditional trade show for the sector is usually dominated by the huge and sumptuous booths of the major processes equipment and package manufacturers. But in this 2017 edition they have made themselves present in a very discreet way. This year most of the exhibitors were medium-sized manufacturers and presenting smaller equipment and economical solutions for small and medium-sized food industries.

The economic crisis in which Brazil is plunged have been affected the processed food sector since the middle of 2014, so for 3 years now and does not show signs of recovery in the short term. More striking than the well-known of GDP decline, are the per capita GDP figures that plummeted: -4.6% (2015), -4.4% (2016) and forecast -7.2% for 2017 (* 1). The current level of unemployment is 13.7%   (* 2), or 14.2 million people without work, that is more than 2 times the entire population of the city of Rio de Janeiro or the entire population of the Netherlands, and worst, the perspective is that this figure will increase further by the end of this year.

This scenario has eroded consumer purchasing power and continues to pressure consumer capacity. In this way, the consumer is obliged to always do the Three Questions:

But when it comes to food, you cannot stop eating, so the consumer thinks in the following balance:

Available budget X Item real necessity X Item value added.
In the market, what was observed was a redirection of purchases for basic products like: rice, beans, potatoes, milk, sugar, eggs, chicken, etc.
The information published by the various business associations that represent the different segments of the Food and Beverage market confirm our perceptions, and are based on consumption volume data, not on sales values (see article: The Crisis in Numbers  Brazil- Processed Food Market).

The beginning of the solution of any problem is to know and understand the dimension of it. As the facts demonstrate and the data prove, the Brazilian economic crisis is deep and the recovery time will be long.
Due to the strong contraction of the purchasing power of the population, demand is now highly repressed.
On the other hand, Brazilians are consumers with voracious appetite, that historically whenever it has an improvement in the income makes the demand explode.
In this perspective view, the Brazilian market, with a population of 210 million inhabitants, remains an enormous potential for consumption.

The key to companies is to adjust their strategies for crossing the next 2 years and prepare for sustainable growth ahead.
Going back to the FISPAL example, it is interesting to note the adjustment of the commercial focus to medium-sized companies and to regional markets that have greater flexibility for innovation and product launches.
It is urgent to rethink all pricing architecture, the distribution of product mix and sales channels.
For those with capital availability it is an excellent time for acquisitions, especially for incoming companies (fundamentally the incorporation of the know-how of the enormous idiosyncrasies of the business chains in a continental and atypical country like Brazil), and also for companies that want to expand to other market segments.

The expectation is that after the long process of depuration the country emerges stronger, more mature, more rational, with a more sustainable economic structure and much more independent of the political wills of Brasilia.
Over the next 10 years, the changes needed will lead Brazil to reduce bureaucracy, rationalize and reduce taxes on the production chain, and open the country to international trade (despite being the 9th largest economy in the world, Brazil participates only 1% of the world trade (* 3)).
Brazil has high productivity in grain, large production of oils, world leadership in cost and technology of sugar production, capacity for rapid growth of cocoa production, a varied tropical fruit growing, besides being the largest producer of animal protein in the world (beef, pork and chicken).
Brazil with a large potential domestic consumer market, a solid financial base (banking system and stock exchange), good industrial base and with its strong and developed agribusiness structure (agriculture and livestock) has all the conditions to be one of the largest processed food suppliers in the world.

Those who analyze coldly and invest rationally in Brazil will build an excellent, profitable and sustainable global business platform.